Not really 26 days later. I haven't done much in the past couple of weeks due to work.
The quay walls were cut from Wills plastic as I had bought a fair number of packs when a local hobby shop was closing down a few years ago. I was saving them for a project like this. This was part of the reason to choose this over the Scalescenes dock edge. The other is mentioned later.
The walls were dry brushed with raw sienna and then dry brushed the next day with burnt umber. 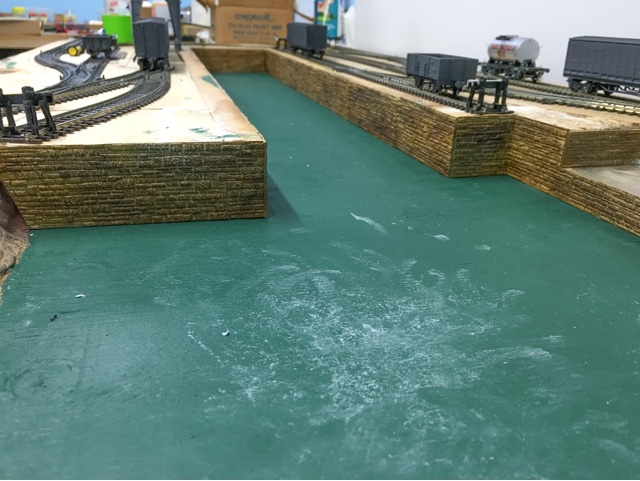 The girder sides for the bridge were painted and glued in place. The next step was to start putting rocks onto the causeway. 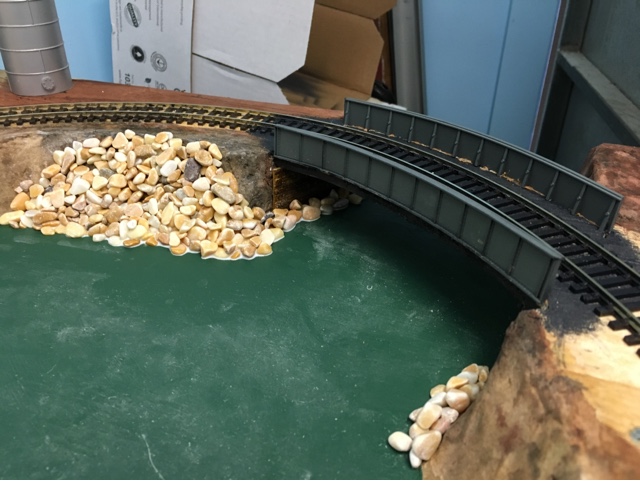 These were glued in place with 1:3 Matte Mod Podge to water mix with a drop of dishwashing liquid. It was applied using a plastic syringe. Matte Mod Podge was recommended over PVA in a YouTube clip by Luke Towan of Boulder Creek Railroad as PVA leaves things looking a bit too glossy.
The white chalky mess is from the bag of rocks. They were a bit dusty.
When I chose to use the Wills plastic for the quay walls, I then needed to consider what I would use for the tops to bed the tracks into. I had planned to use Scalescenes products however, UK modeller Chris Nevard, used Das modeling clay and created cobble stones with a pen. At the same closing down sale that I bought the Wills stone sheets, I also purchased a couple of packs of Das. This is the other reason that I mentioned above.
Time for an experiment. I pinned a short piece of track to an off cut of timber and spread some Das. I used a length of squarish brass tube to make the cobblestones. 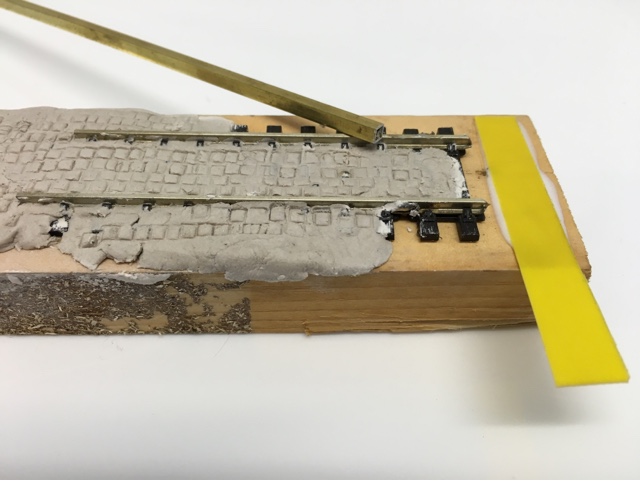 This image was taken just after I put the Das on. It dries white. After it dried I found that it wasn't sticking too well to the timber. A bit of PVA soon fixed that. I haven't put the Das on yet as I think that I might need to plan some of the building and place them first.
Other tasks have included hooking up this layout extension to the rest of the incomplete layout. I also finished laying the track on the lower staging level on the main layout.
Until next time.
Posted by Tom at 07:32