I have to admit that I was wondering what happened to May, that I nearly missed June.

Here’s what has been happening.

I added swans. Being a Swans fan, it seemed appropriate. 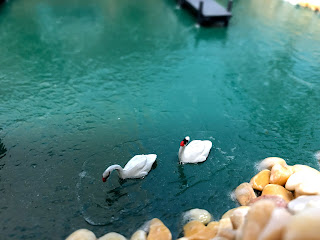 The Modpodge which I used wasn’t too kind to me and you can see the bit that was added on top of the previous layer. I had. Some bubbles form as well. I think that the Modpodge became a bit thicker as I kept using it for the water. I have put another layer around to soften the difference but it is still noticeable.

Another thing which I thought that I should add were some troopers - or policemen. 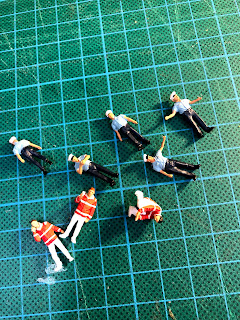 I looked around for some suitable boys in blue and found a set of Austrian Policemen. They look a bit Victorian but with a bit of blue paint on their hats, they look more New South Wales. 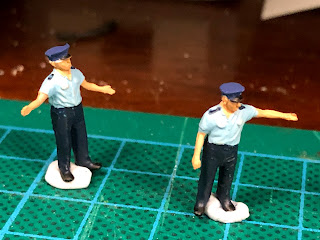 I also painted some paramedics. The printed detail on them was fantastic. 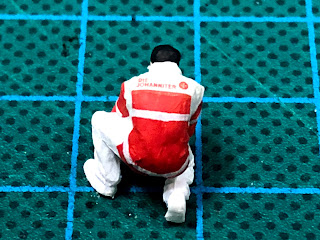 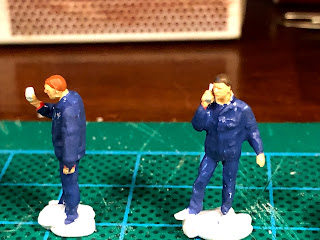 They will need a silver reflective stripe on the legs and a couple of badges but that's a job for another day.